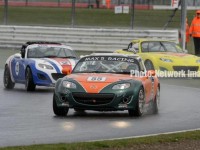 Croft Rounds 3 and 4 Great weekend for Team Roddisons, Qualifying was on the Saturday late in the day, wet, cold and with track conditions very slippy and greasy. Having pushed through the greasy slippy stage, the track was coming back to us during the latter stages of qualifying – sadly we could not get a clear run and qualified 4th, just one second covered the top five cars. Qualifying was always going to be tricky, in those conditions, respect to young Nick Dunn, only his fist time out qualifying in his new mk3 car, he only goes and out qualifies me and takes second spot of the grid, well done that man. Race1:  Jon Halliwell was always going to be hard to catch, especially with us on the second row at the start, by the end of lap 1 we were a second or so behing Jon, who managed to pull a 3 sec gap and as back markers came up, we could not make that gap up, Jim Hart hit the gravel at the end of the pit straight and we had waved yellows for two or three laps, concious of this we backed of to maintain the gap and take the valuable points Race 2 was a always going to be a difficult task to overhaul Jon Halliwell, he got a great start and maintained the lead throughout the race, we gained valuable second place and points, it is a long season, dropped rounds will take place, so points are in the bag, so preparation is now under way for one our fave tracks – Cadwell 16th & 17th May. 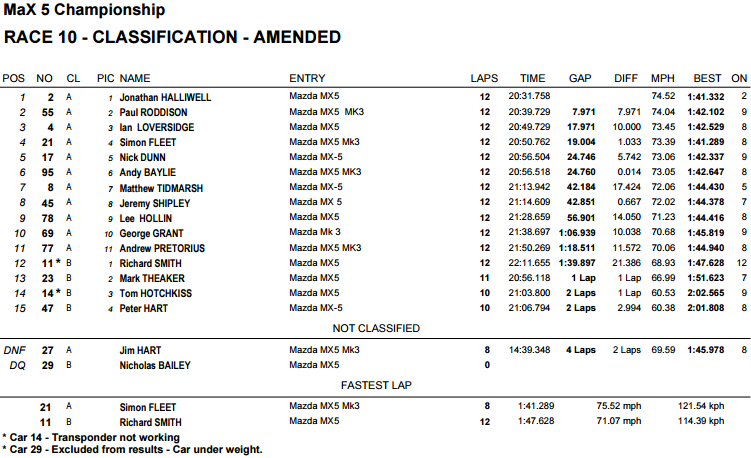 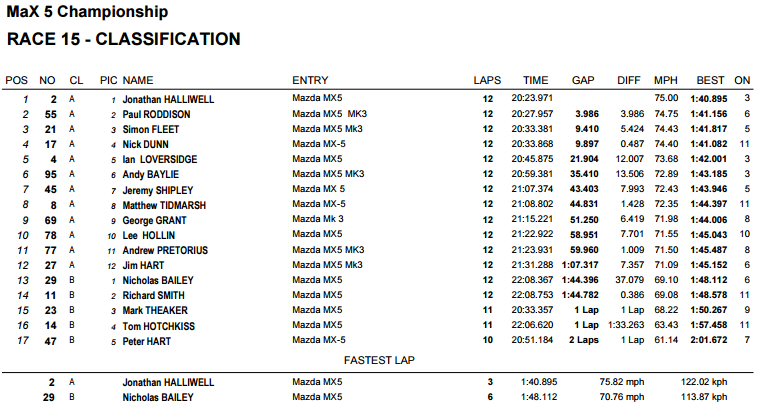